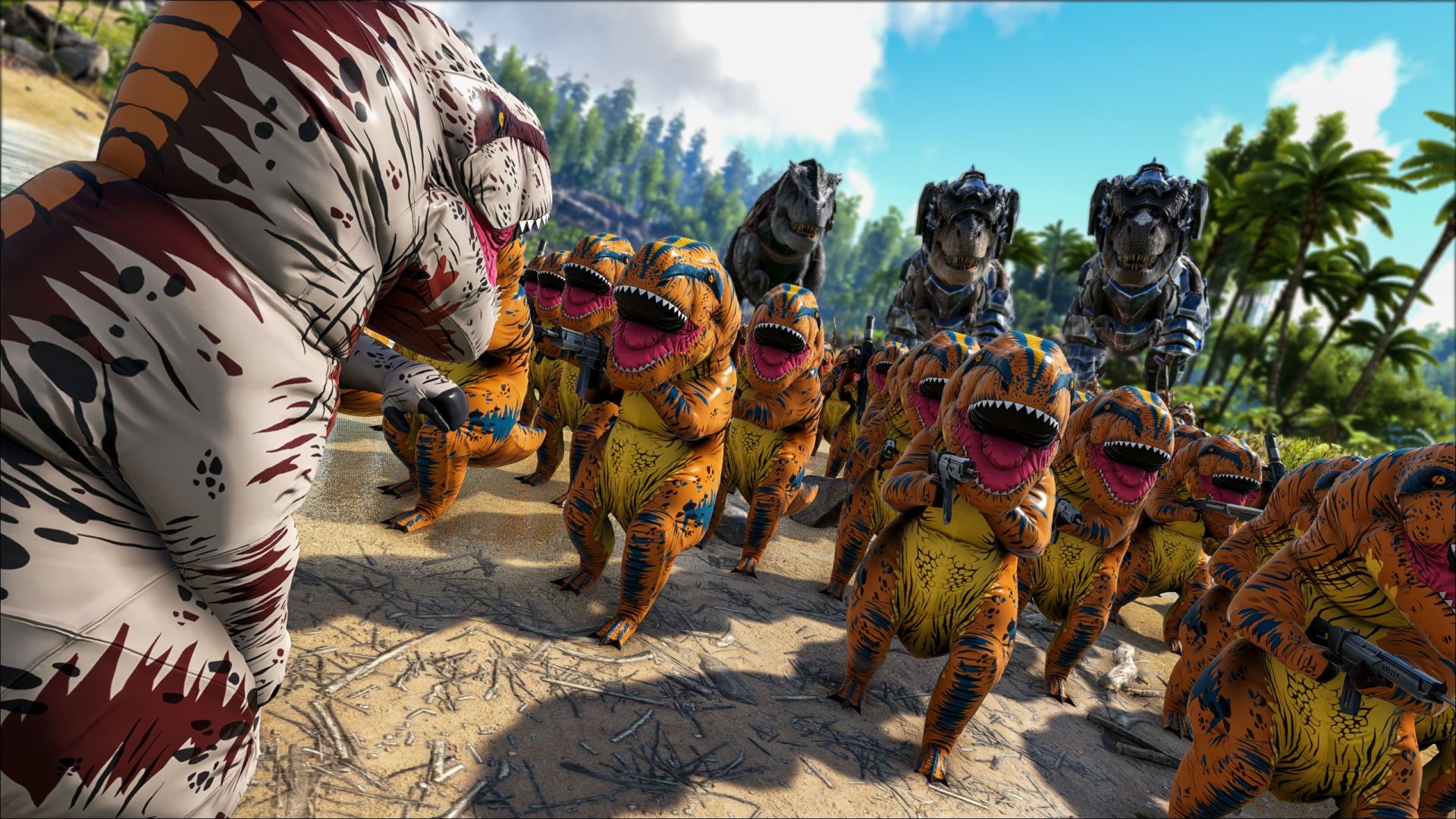 Ark: Survival Evolved’s third annual Summer Bash has arrived with a bang, and thanks to the event’s new in-game items you won’t only have to think about taming and caring for the best dinosaurs you can find now – you’ll get to be the best dino you can be, too. Well, kind of.

That’s because the rundown of new items coming to Ark with its annual summer-themed blowout includes an inflatable T-Rex costume that is every bit as hilarious as those ones you’ll have no doubt seen pop up in all kinds of memes and clips online. Developer Studio Wildcard has shown off the puffy, plasticky new dino skins with a screen (above) that has an army of them armed with assault rifles and it’s – well, it is something. There’s also a slightly unnerving clip of an Ark survivor cackling mischievously in a Summer Bash trailer, which you can see below.

The event also sees harvesting, taming, and breeding rates dialled up for its duration by up to five times across the survival game’s Official, Small Tribe, Arkpocalypse, and Conquest servers.