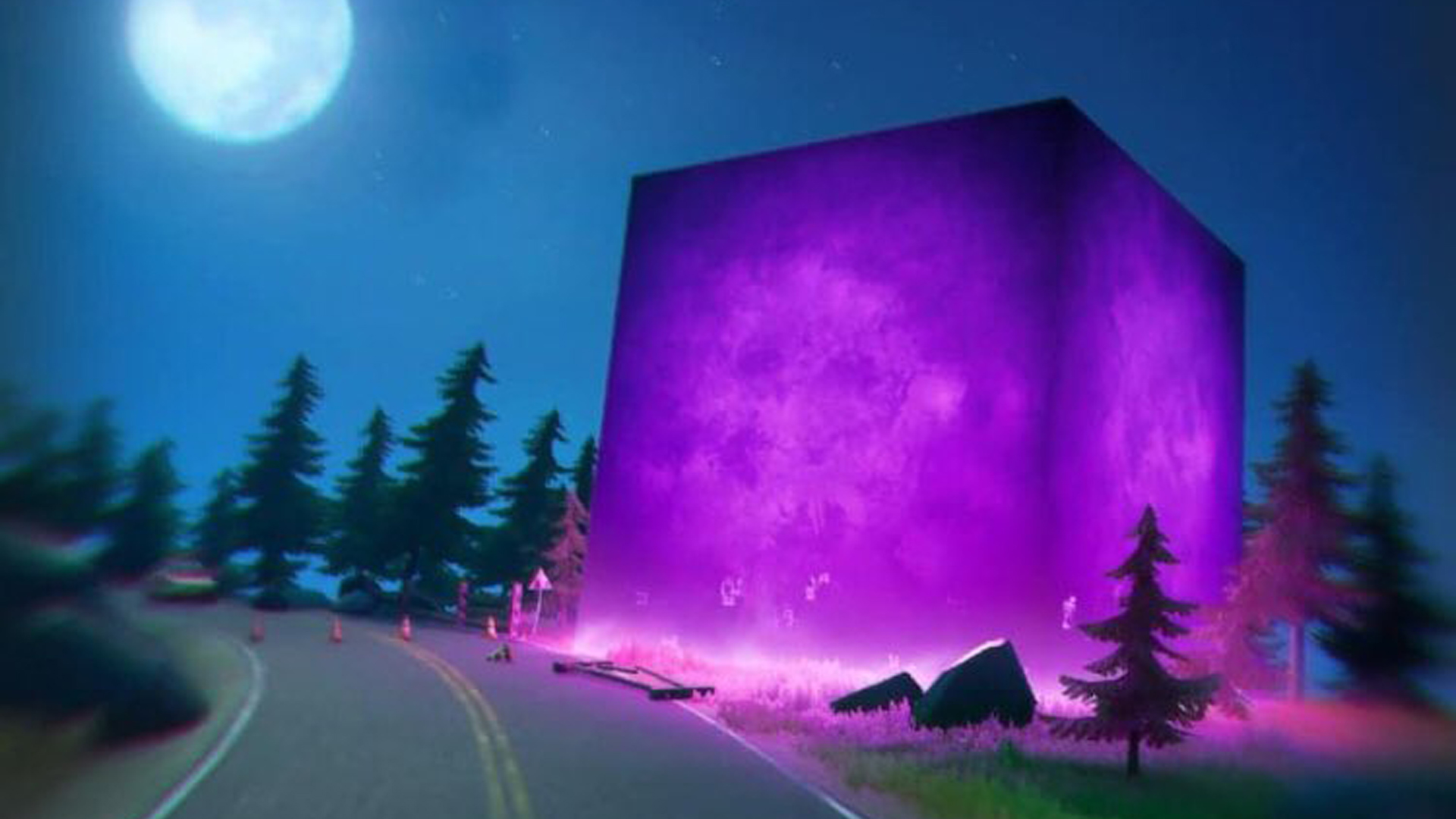 Last week a strong rumour surfaced suggesting that Kevin the Cube would be returning to Fortnite at the end of Chapter 2 Season 7 – which is scheduled for around September 12. That rumour has a lot more traction now, given that the conclusion of the Ariana Grande Rift Tour concert this week teased Kevin’s appearance on the current map.

Fortnite’s Kevin the Cube last properly appeared in the game during 2018 and Season 6, where it started appearing over the island and even destroyed Tilted Towers. It disappeared at the end of Season 6, but the recent leaks last week – which also revealed the Ariana Grande event and the crossover with The Suicide Squad movie – suggested Kevin would return this season.

This now seems more likely, as the purple Cube was spotted during the Ariana Grande concert. Towards the end of the Rift Tour, players flew through a weird memory vortex thing that showed images from Fortnite’s past.