Apex Legends Season 11 Escape is right around the corner and we’re getting a lot of new content. From the biggest map, Respawn has released for Apex Legends yet, to a new weapon and Legend coming into the games.

There is a lot to take in, but don’t worry, I’ve got you covered. Let’s go over everything you need to know about Ash’s abilities, the new Stormpoint map, and the new CAR SMG.

Let’s start with Ash. If you want a full breakdown of Ash’s lore and backstory I have a recap video you can check out above.

In terms of abilities, Ash heavily mirrors a Titan's abilities from Titanfall. Her tactical “Arc Snare” has her throwing out a projectile that shocks enemies and tethers them to the ground, reminiscent of the Northstar Titan’s ability. Ash’s tactical requires you to be extremely precise with how you deploy it. If you throw it on the ground next to your enemy, it needs to be close enough to the enemy to catch them in the tether.

The best bet is to hit the enemy in the body with the Snare to catch them for the stun damage. The Snare also only lasts a few seconds on its surface if it doesn’t attach to anyone, so precision is key with her tactical. A player caught in the Snare can run in the opposite direction quickly to snap it.

Ash’s passive, “Marked for Death,” reveals deathboxes on the map whenever a player dies but also has another passive that allows her to throw a Dataknife at a deathbox to find where the killer squad is. This is potentially one of Ash’s strongest abilities. Note she can only use this ability once per box and the tracking only pings the enemy’s location like a manual player ping so it’s not constantly tracking.

Ash’s Ultimate “Phase Breach” is reminiscent of her Ronin Titan’s ability and it allows her to rip a portal up to 70 feet ahead and instantly teleport her to the other side. This can be utilized horizontally or vertically. Unlike Wraith’s portal where the portal opens on two sides and can be taken from either side, Ash’s portal is more offense-based and helps open up fights or even quickly escape from intense situations where she’s trapped.

The portal only lasts for a few seconds so Ash’s teammates can take the portal after it’s placed but again, it cannot be taken back.

Ash’s abilities make her an extremely aggressive Legend allowing her to open up fights for her teammates and giving her more survivability as a solo Legend if her teammates die. Include cooldowns. 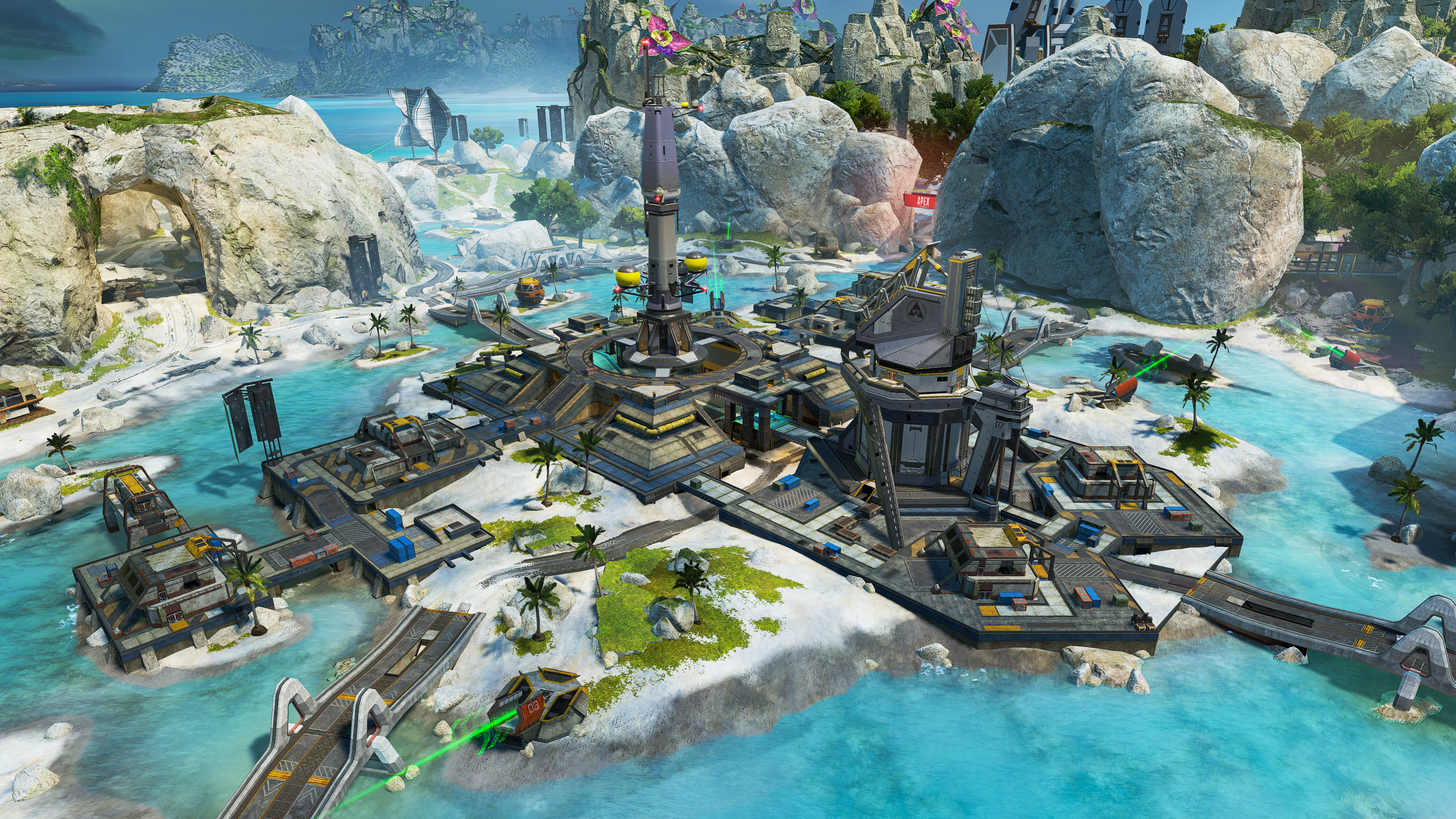 The new map, Stormpoint, is the biggest that Apex has seen yet and there is a lot to explore within it. The map is set on a tropical island that has varying degrees of elevation and transportation. Tridents are available on this map as well as new Gravity Canons (similar to the ones in Halo) that throw you through the air to cover some ground.

You can use abilities and guns when traveling through the air in the Canons but be careful since the Canons do make a significant amount of noise when you enter it and can alert enemies to your rotations. There’s the return of prowlers, the animals you see when initiating Trials in World’s Edge, and new Prowler nests where they’ll spawn constantly.

Throughout the map, there are also spider eggs that hang on walls and ceilings of caves or tunnels. These will not drop spiders on you until they’ve been shot at so you have the option to avoid these enemies outright. These new additions to wildlife will drop loot-like attachments and ammo and will give you a small bit of damage towards your Evo Shield.

Stormpoint is about 15% bigger than World’s Edge and early rotations will be important since there’s more area to cover. The map rotations this season will be Stormpoint and World’s Edge, which also applies to the Ranked playlist. There is plenty of unnamed POIs filled with loot so you won’t be scrambling for too long to find your loadout. 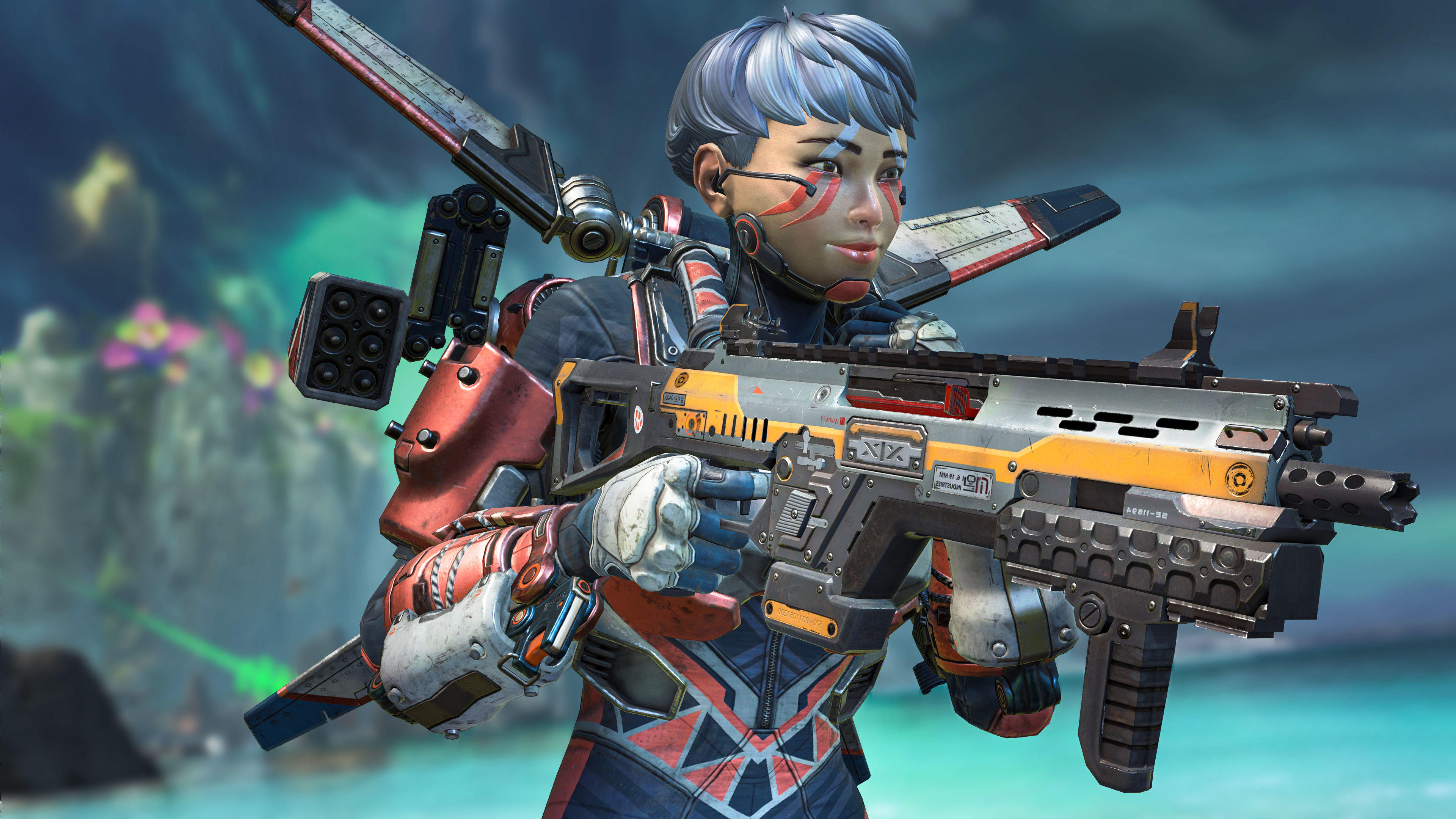 Speaking of loadouts, there have been a few weapon changes and a new gun added to the loot pool. The CAR SMG is a fan favorite from Titanfall and it enters Apex with a few changes from the previous games.

The CAR can utilize heavy or light ammo and can switch between the two whenever. The CAR will automatically switch to whatever ammo type you have left when it runs out of the other. The CAR also can take any heavy or light attachments, so it can use the level-3 heavy mag but also light ammo mag. It has an incredibly high rate of fire and is most effective in close-range fights.

The G7 Scout has been put into the Care Package with the option for Double Tap fire mode enabled and slight buffs. The damage output for the G7 has also been increased from 34 to 36. The Triple Take is now back on ground loot and now takes energy ammo since it’s no longer considered a sniper. The EVA-8 has been nerfed again this time to pre-season 10 changes so the fire rate has been reduced from 2.1 to 2.0.

The L-Star is also getting a few nerfs to balance last season’s buffs. The L-Star's barrel effectiveness has been lowered across all rarity tiers, the fired projectile sizes are smaller (to avoid blinding), and the damage has been reduced from 18 to 17.

There’s also a new hop-up called the Dual-Shell that cuts the reload time in half for the Mastiff and the 30-30 Repeater since it reloads two shells at a time.

For competitive players, there have been a few changes to the Ranked system though nothing quite major. The Kill Ranked Points values will now take into account the player's ranks. So if a Platinum player queued with their Diamond teammate and are now in Diamond ranked games and they kill a Diamond player, the Platinum player will receive more RP.

Players killed by lower ranked players will not lose more points when killed, only the killer benefits from the modifier.

Apex Predators and Masters players are now treated as the same tier. The Kill RP cap is being raised from six to seven but you still need to place first to get the max total RP. The maximum Kill Point RP cap is 175 which doesn't include the placement RP bonus you'd get for placing higher in a match.

Starting in Season 11, you’ll be able to use 50 Crafting Materials to upgrade your white shield to a blue shield (level 2). The value has been changed so you can craft for more levels right away. The armor level points you can craft have also increased from 100 to 150.

Another adjustment players will be happy about is that Wattson is getting buffed this season. Wattson's hitbox has been slightly increased to make up for the removal of the low profile from the Legacy update. Her fence cooldowns have been cut in half and she can place them 50% further and a bit faster. Crossing Wattson’s fences will be more punishing since the damage a fence does is increased by 33%.

The Fences activate a little faster now when a teammate crosses through one. Wattson's ultimate, Interception Pylon, will have a health pool, similar to how Lifeline’s drone operates. Her ultimate's shield health pool is at 250 shields that can be given to nearby players and the shield recharge rate has been increased by 150%.

Her Pylon will also last forever and not time out after 90 seconds. But once it's been depleted of its shield health pool it will no longer recharge shields though will continue to destroy incoming ordinances. As a balance, Wattson can only have one of her ultimate Pylons up at once instead of three now.

How do you feel about Ash entering the Apex games? Are you excited about the new map? Let us know! We’ll be sure to keep you up to date with all the Apex news so be sure to stay here at IGN.

Stella is a Video Producer, Host, and Editor at IGN. Her gameplay focus is on competitive FPS games and she is also a shoutcaster/host on Apex Legends tournaments outside of IGN. You can follow her on Twitter @ParallaxStella.