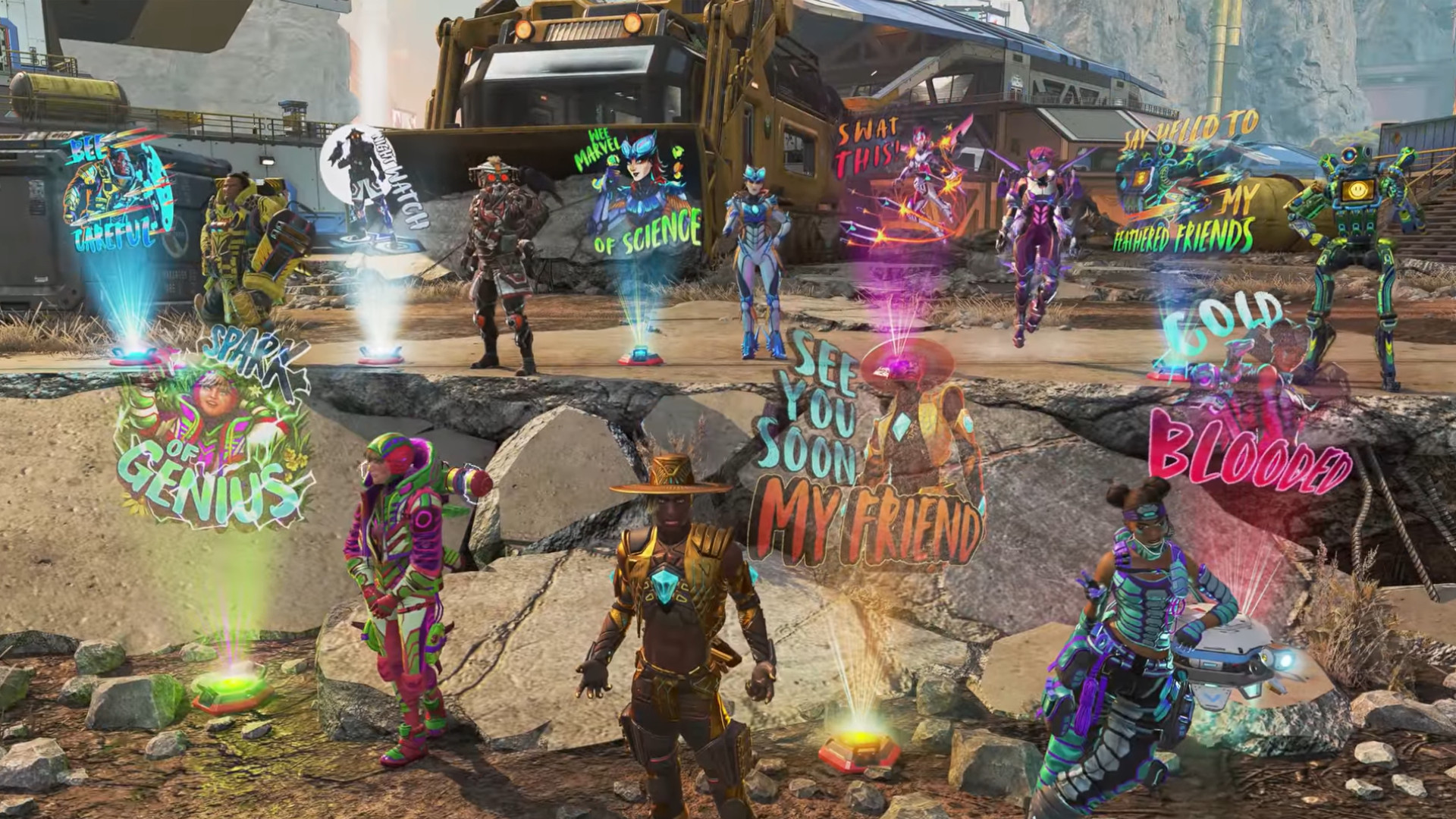 The new Apex Legends season is nearly here, so the developers have provided the usual round of pre-release info. The Apex Legends Season 10 release date officially lands on August 3, and the patch notes are pretty light this time around – aside from Seer, the World’s Edge map update, and ranked Arenas – but there’s one notable surprise you should, er, ‘hold on’ for.

Based on previous season release times, Apex Legends: Emergence will launch at 10am PDT / 1pm EDT / 6pm BST on August 3. Once the patch goes live, you will be able to respond to enemy pings with a friendly ‘hold on’ – much nicer than screaming obscenities at your teammates when someone starts pushing too aggressively.

There are some modest hero changes, including some moderate buffs to Caustic which restore some of the damage potential of his gas. Fuse gets some buffs too, as his ultimate will now reveal enemies stuck inside the ring of fire, and his tactical has now been doubled in duration for a bit more utility.