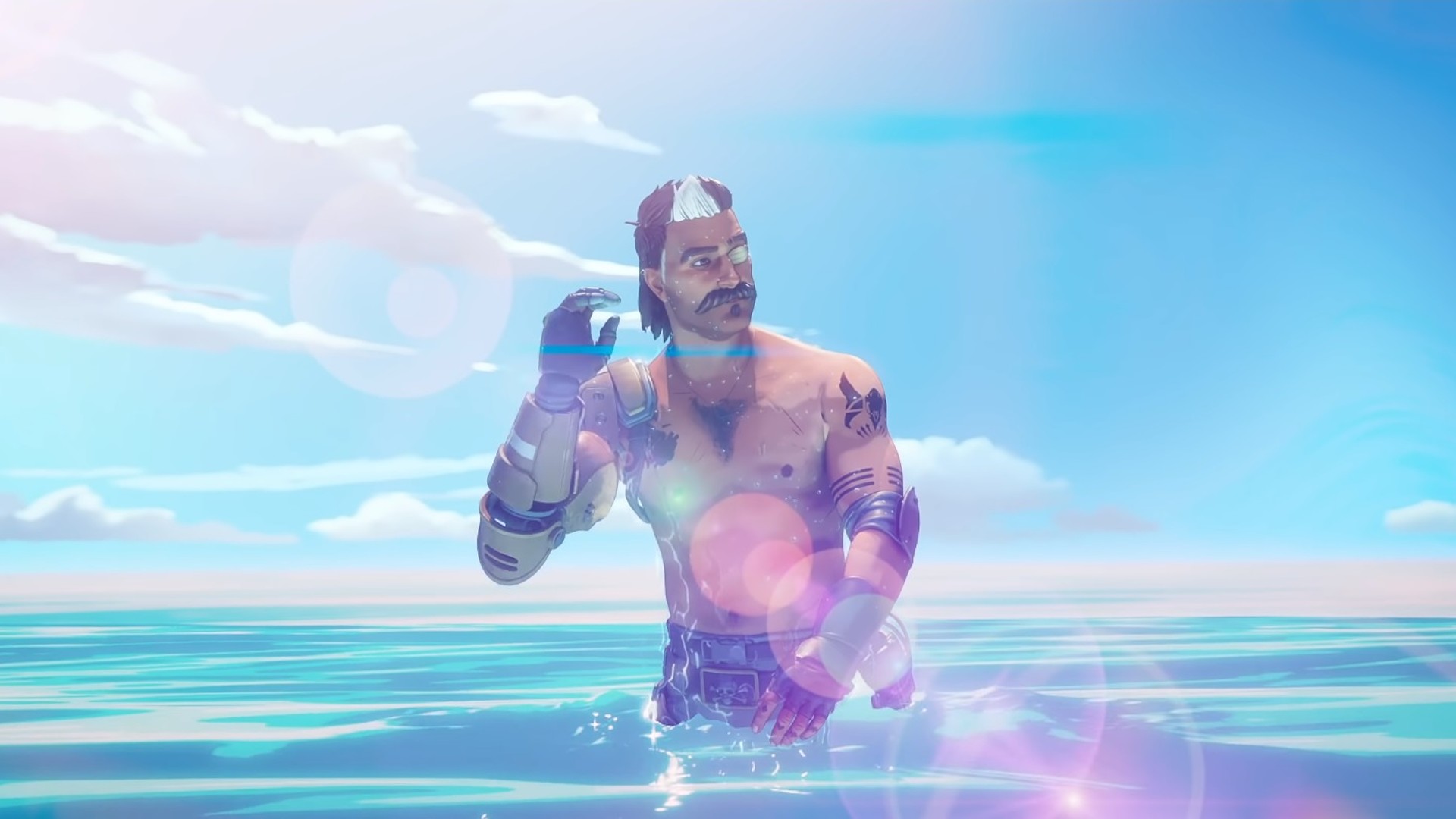 Respawn Entertainment has given us another glimpse at what’s heading Apex Legends‘ way next season. Earlier in the week, we were introduced to the new Legend Ash, but now we’ve got an idea of the map.

Apex Legends’ Escape launch trailer starts with a slew of characters jetting across the ocean on boats as they head for some fun in the sun. Naturally, the earlier, more jovial shots of the trailer focus on Mirage as he tries to convince Bangalore that taking some time for a vacation is a good thing. After that, we get some fun takes of Gibraltar fishing and Rampart chasing some chickens over Pathfinder as he tans his, uh, bolts. We also get a luscious shot of Fuse exiting the ocean in a swimsuit.

Naturally, though, everything goes a bit wrong. Giant spiders, fliers, and other predators roam the tropical island, suggesting they might feature prominently next season. We also see more of Ash’s toolkit, as she can track foes and open rifts to teleport through. It’s hard to say if she’ll be a tracker or damage character, but the teases of her kit leave us curious to find out more.