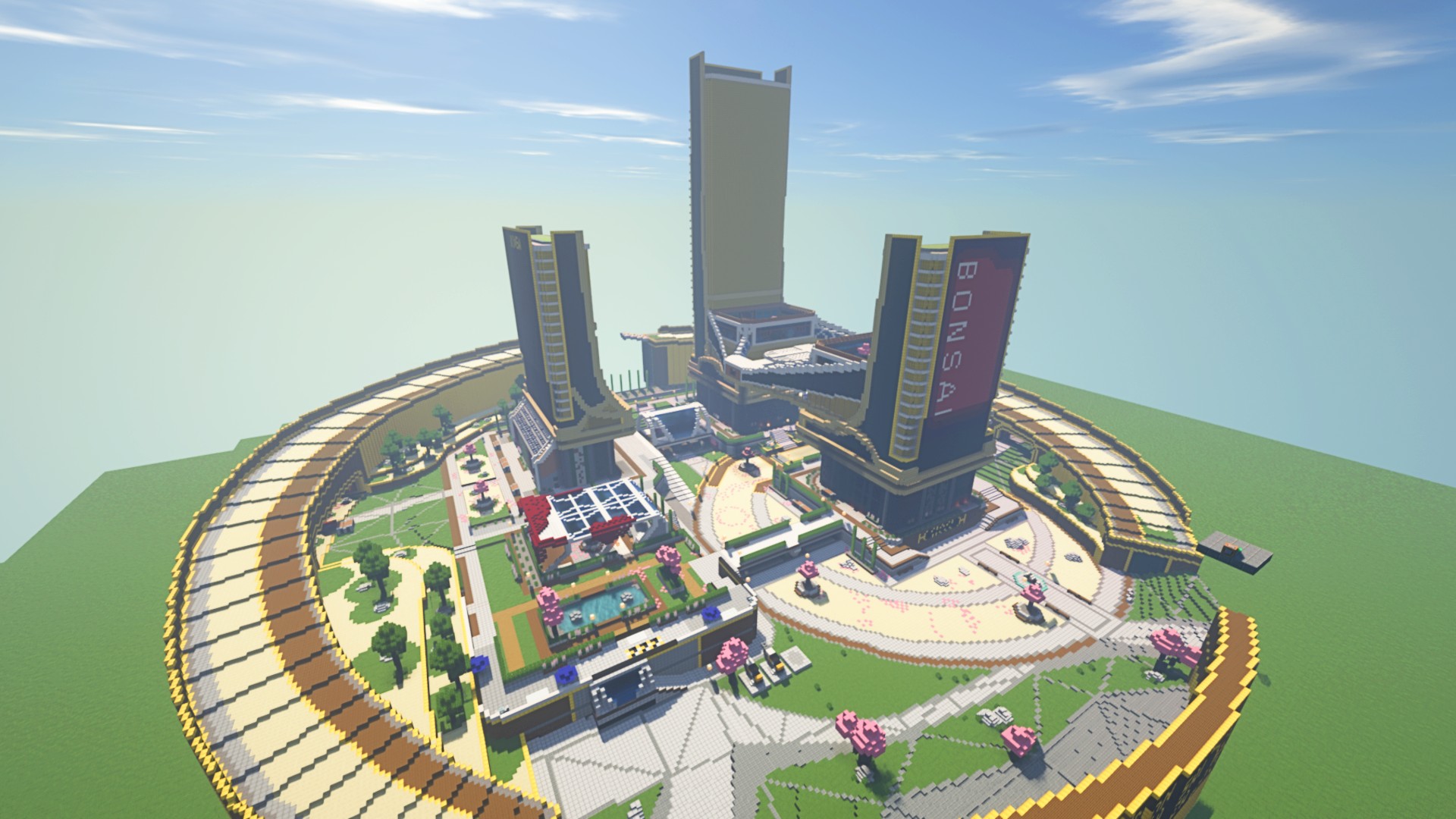 Minecraft often hosts a series of beautiful builds, but we’ve been a tad spoiled of late when it comes to seeing iconic vistas from other games lovingly recreated. We recently reported on a Minecraft player building the entire Zelda: Breath of the Wild map, while someone else has given Stardew Valley’s town centre the Minecraft treatment. Now, though, battle royale games are getting some love, with one fan rebuilding Bonzai Plaza from Apex Legends.

Reddit user Shaun_eevee has posted their build to Reddit, explaining the whole process took around two months as they started around the end of May. The build has come together wonderfully – you’ve got the three central buildings all looming over each other with cherry blossom trees scattered around alongside other greenery.

It looks like the build is just the start, too, as Shaun explains they have plans to recreate other parts of the Olympus map. There are also plans to make the map available for others to download and walk around, though that may still be a while off from happening.