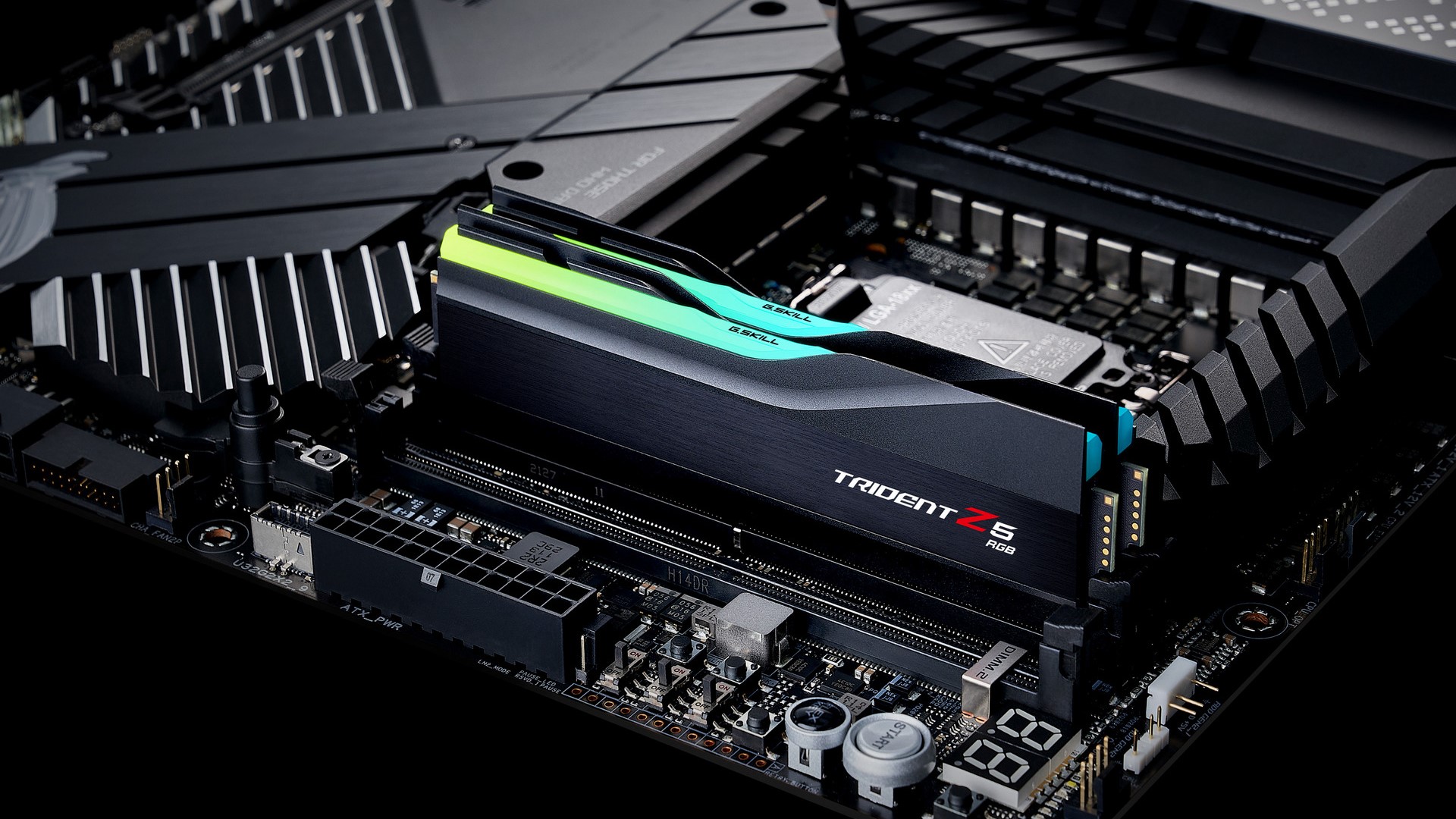 Gaming PC components are constantly evolving, and brand new graphics card and CPU tech continually move the goalposts. Intel’s new Alder Lake lineup is smashing records across the board, but we’ve been riding with DDR4 RAM for a while now, and DDR5 hasn’t had much much of a chance to shine. Thankfully, it looks like that’s about to change, as G.Skill’s Trident Z5 just snatched the memory module speed world record.

Set by extreme overclocker Hocayu, the new world record was achieved by arming Asus’s ROG Z690 Apex motherboard with a set of G.Skill’s Trident Z5 gaming RAM. As a result, memory modules managed to push things to the limit, achieving a clock speed of 8,705MHz, snatching the world record from HyperX in the process.

Of course, while Hocayu’s achieved RAM speeds look impressive on paper, they come at a compromise to timing efficiency. Maximising frequency changes the G.Skill module’s XMP-rated figure from 40-40-40-76 to 127-120-120-120, which effectively hampers its PC gaming performance.