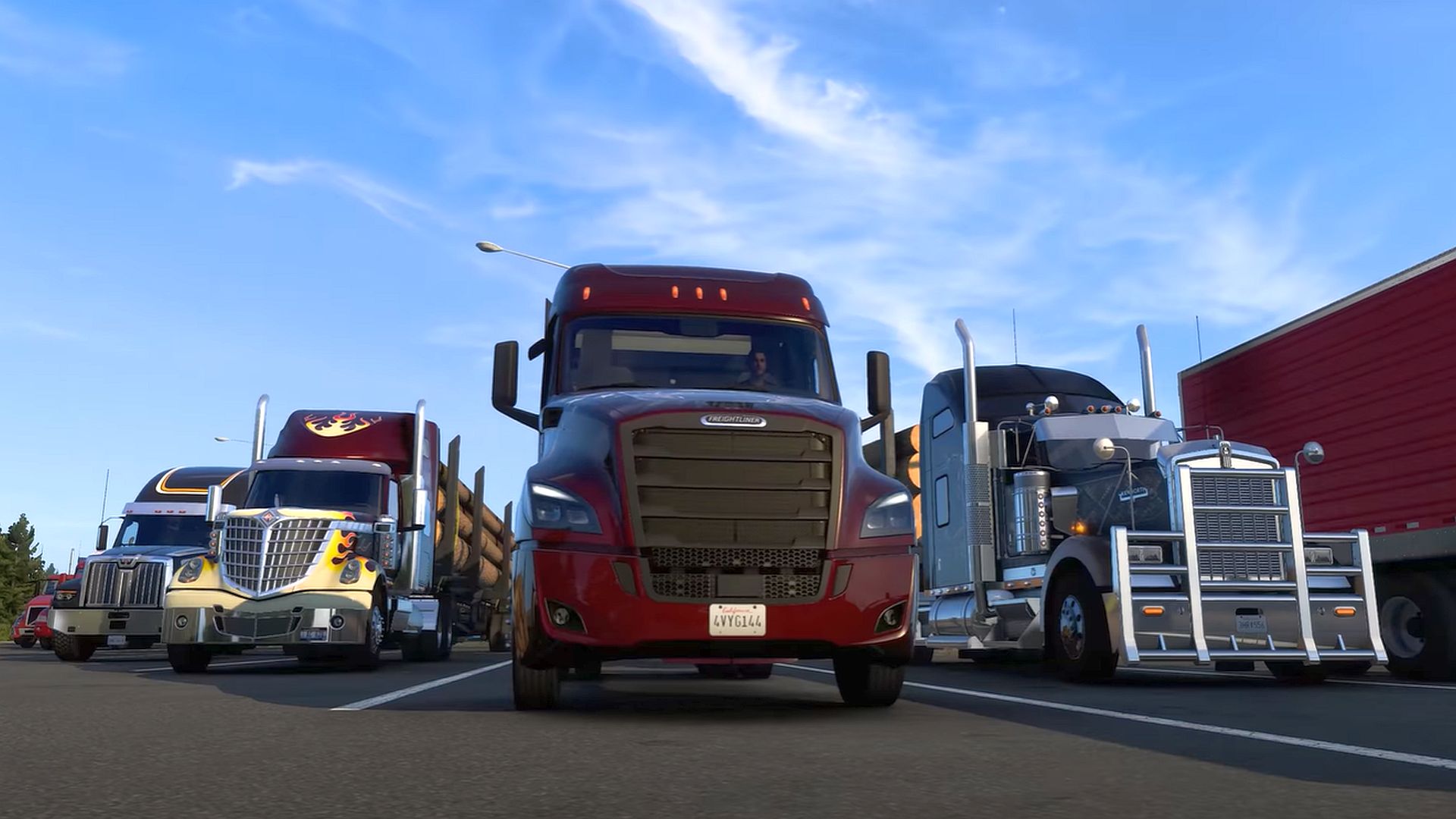 Back in May, American Truck Simulator and Euro Truck Simulator developer SCS Software announced that Convoy – the name for the truck games’ version of multiplayer – had come to their experimental beta branches. Now, at last, the modes are coming to the main games very soon with a big update.

“It is finally here! The long-anticipated official multiplayer mode for Euro Truck Simulator 2 and American Truck Simulator, or ‘Convoy’ as we call it, is coming!” SCS has announced alongside a new YouTube clip showcasing the truck sims’ multiplayer in action (below). The dev doesn’t give an exact date for when we can expect the mode to drop, but assures players it’s “soon”, and on the way with the game’s next major update, 1.41. It also says in a new blog post that this will be “hopefully in a matter of days”, as of July 10.

As you can see in the clip below, the mode will let players host private sessions to take to the highways and byways of the games with friends. You’ll get to take on the same jobs and deliver the same cargo as your pals, which means battling the same (synchronised) traffic and weather, too.