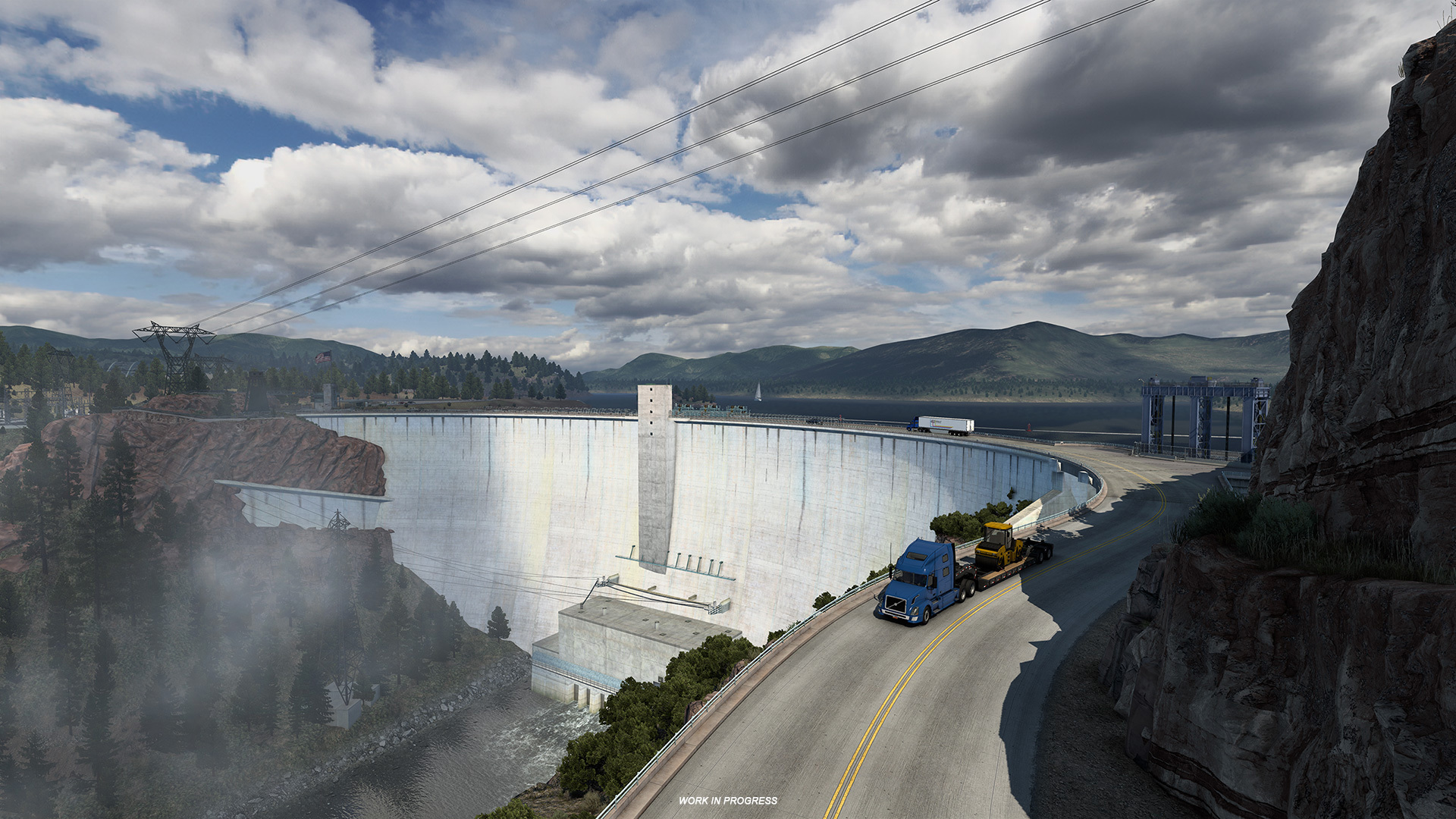 Updates keep appearing on the road toward the eventual release of the upcoming Wyoming DLC for American Truck Simulator. The latest one details some of the water features you’ll be able to visit as you travel the Equality State’s highways and byways in the next expansion for the truck game.

Wyoming’s natural waterways are mostly rivers, but that doesn’t mean it doesn’t have its share of lakes. In this case, however, they’re mainly man-made reservoirs created by major dams along rivers. You’ll be able to take in the sights around some of these impressive terrain features, as developer SCS Software has illustrated in a recent update on Steam.

One of the most impressive new sights is the Flaming Gorge Dam, which is actually located in the northeast corner of Utah on Wyoming’s southern border. The thin-arch concrete dam is built on the Green River and forms the Flaming Gorge Reservoir, which at 91 miles long is Wyoming’s largest. When the DLC arrives, you’ll be able to take U.S. Highway 191 across the top of the dam, peering over its south side to the Green River far below from a viewing point up above.