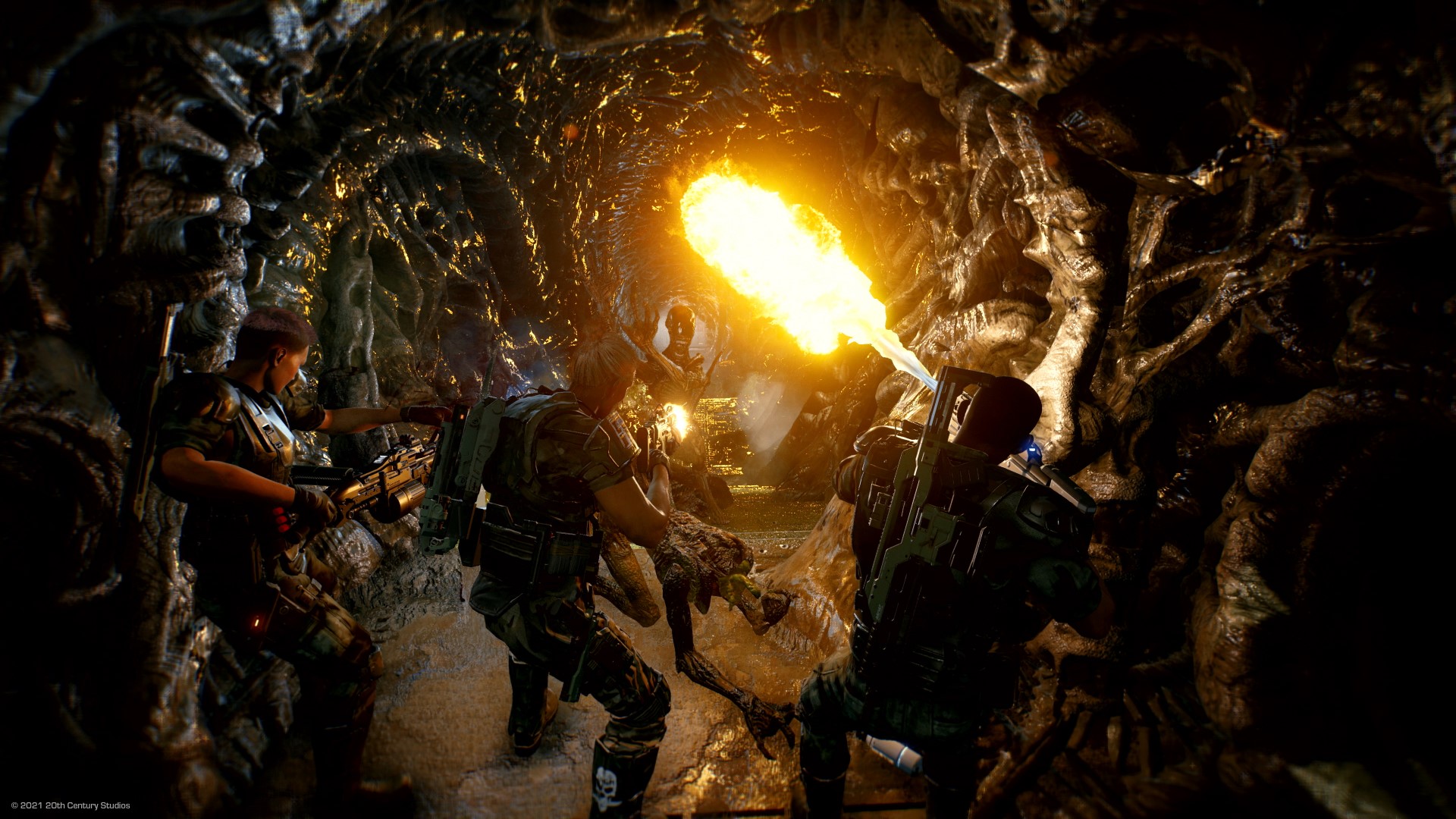 Aliens games have swung wildly from one side of the quality pendulum to the other – Aliens: Colonial Marines is remembered as one of the last decade’s biggest gaming disasters, while Alien: Isolation was a pitch-perfect invocation of the first film’s tense mood and deliberate pacing. Today we have a new prospect before us in the form of Aliens: Fireteam, a co-op survival shooter that looks like it aims to correct the mistakes of Colonial Marines.

Developer Cold Iron Studios describes Aliens: Fireteam as a “cooperative third-person shooter set within the Alien universe.” Judging from the images the studio has revealed, this is definitely an Aliens game, with hordes of bloodthirsty xenomorphs pitted against your team of heavily armed colonial marines. The aliens swarm in droves over walls, ceilings, and floors, and the marines respond with flamethrowers, pulse rifles, and any other weapons they can lay hands on.

It all looks very true to the source material, and Cold Iron says it’s set 23 years after the events of the original film trilogy. As a colonial marine, you’ll set out to answer a distress call from one of Weyland-Yutani’s far-flung colonies, and your job will presumably be to go on the ‘bug hunts’ that Private Hudson refers to in the movie.