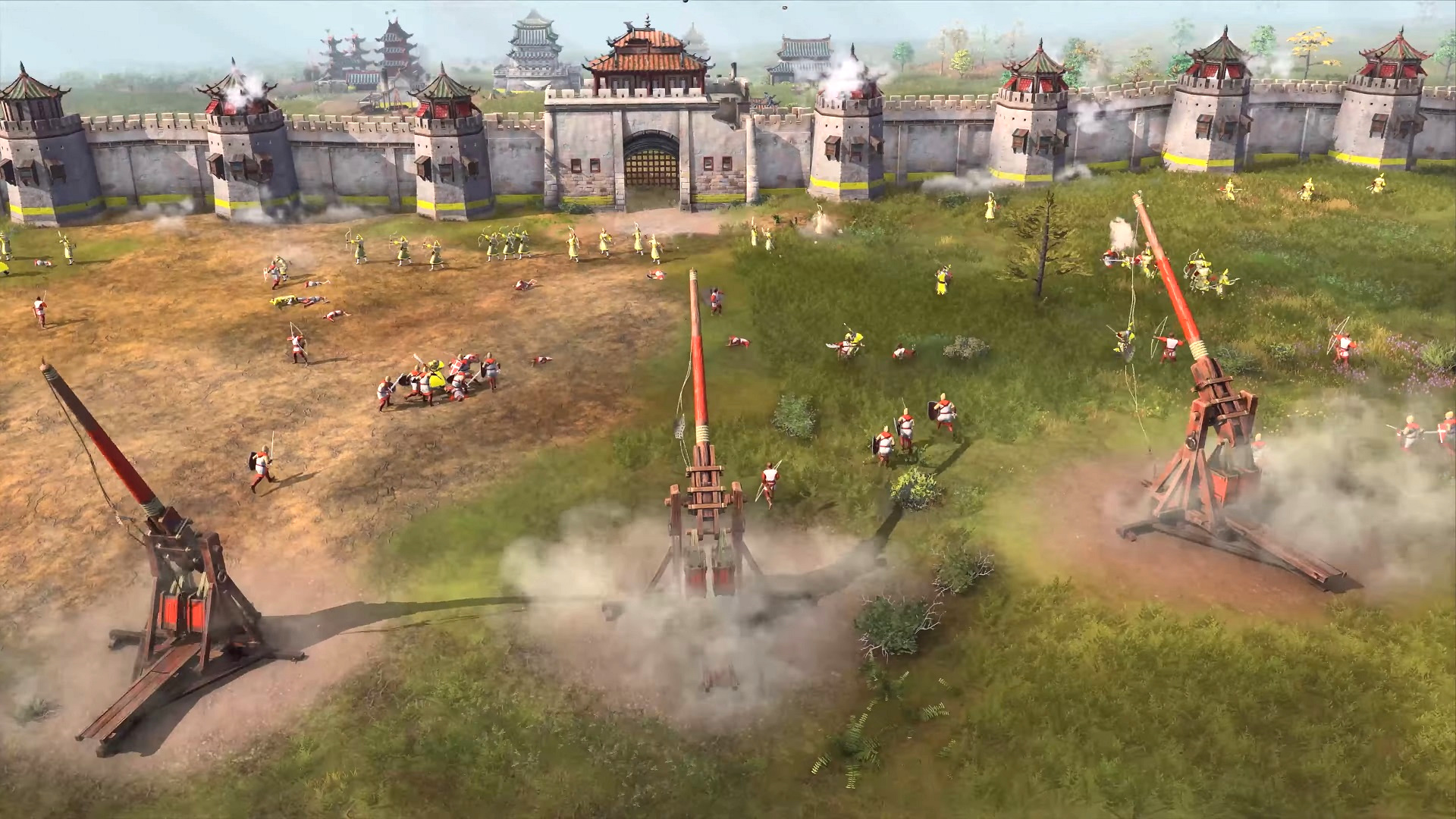 Age of Empires IV is still on track for its October release. With plenty of details regarding gameplay and launch civilisations now known, Microsoft and World’s Edge have started looking at some of the RTS game’s other features.

A major talking point for Age of Empires IV for most of the year is how the game comes with over three hours’ worth of documentary footage – much of it live action – that mainly serves as flashy introduction to the game’s four story campaigns. Another use for the footage was revealed during Microsoft’s GamesCom showcase – a series of 28 unlockable videos labelled ‘Hands on History’.

Viewers were treated to one of the shorts that looks in-depth at the Trebuchet, presented by mechanical engineer Dr. Shini Somara. All of the videos in this series will explore various aspects of medieval life, giving players “a deeper look into the way people lived, fought and ruled in the past.” Each one will use real-life footage shot on-location at various places around the world, all presented by subject matter experts.