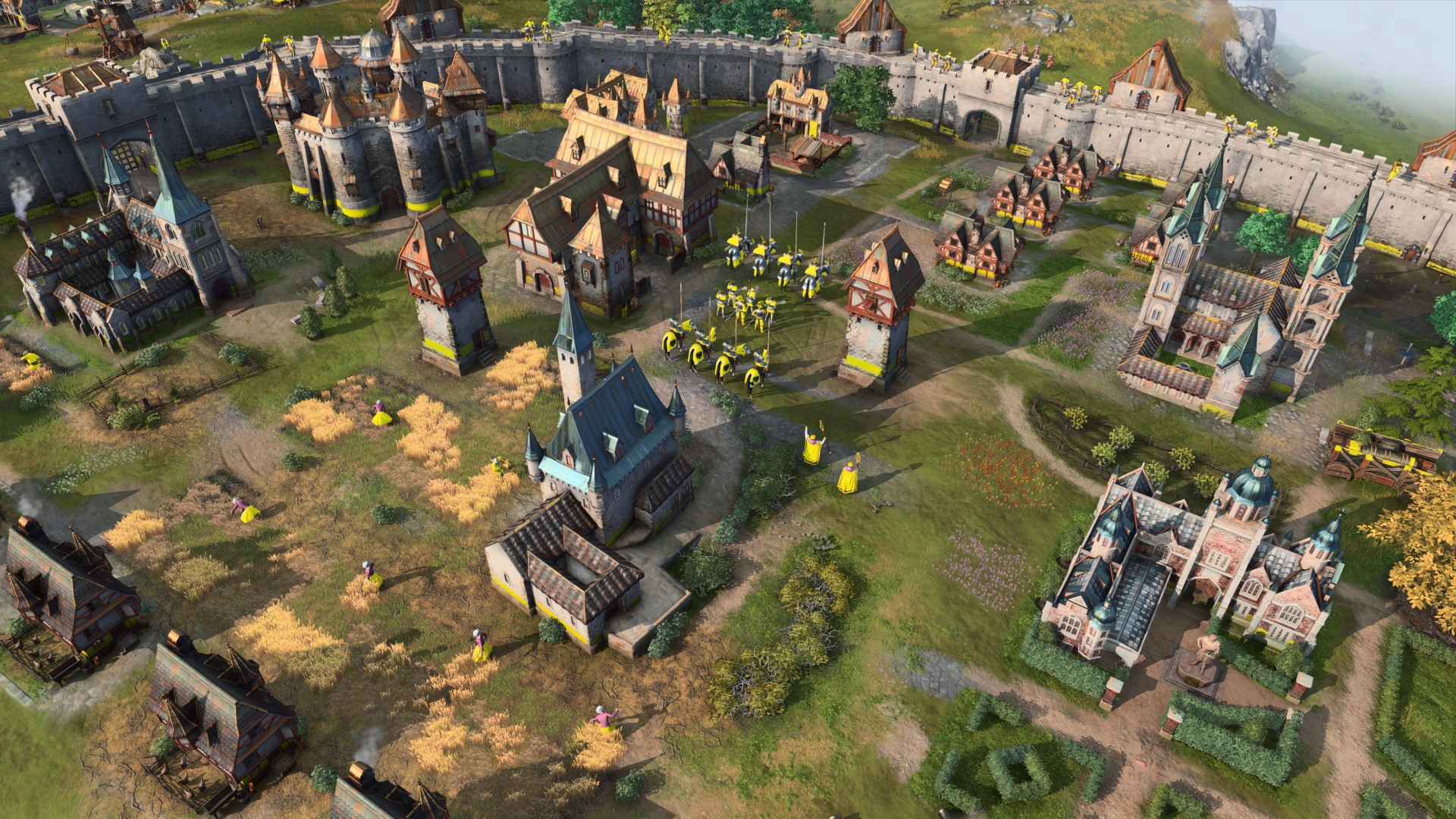 Real-time strategy games have never really gone away, but the past decade has seen their glory much diminished from the heady days of StarCraft’s peak. Age of Empires IV arrives like a long-lost claimant to the RTS throne – one whose titles have since been absorbed into neighbouring kingdoms. Whether there’s room left for a demanding, macro-driven series like Age in the modern landscape is very much an open question, but one thing is clear: this is Age of Empires almost exactly as you remember, and some more besides.

Given the backlash Relic faced a few years ago over its experiments with Dawn of War 3, it’s perhaps not surprising that this time out, the studio has hewed much closer to the established order. Age of Empires IV feels almost shockingly like Age of Empires II. Each bark from a selected worker and thud of a battering ram against castle masonry feels just how I remember in Age II, albeit filtered through more than two decades of nostalgia.

For readers new to the series – and there should be quite a few of you given it’s been 16 years since the last numbered entry – Age of Empires is a historical real-time strategy series about building and defending a settlement. In a standard game, you’ll extract resources and invest them in structures and soldiers, which you’ll then use to knock down whatever your opponent is building. There are other paths to victory as well: you can win by controlling all of a map’s sacred sites for a set amount of time, or by building and defending a wonder.