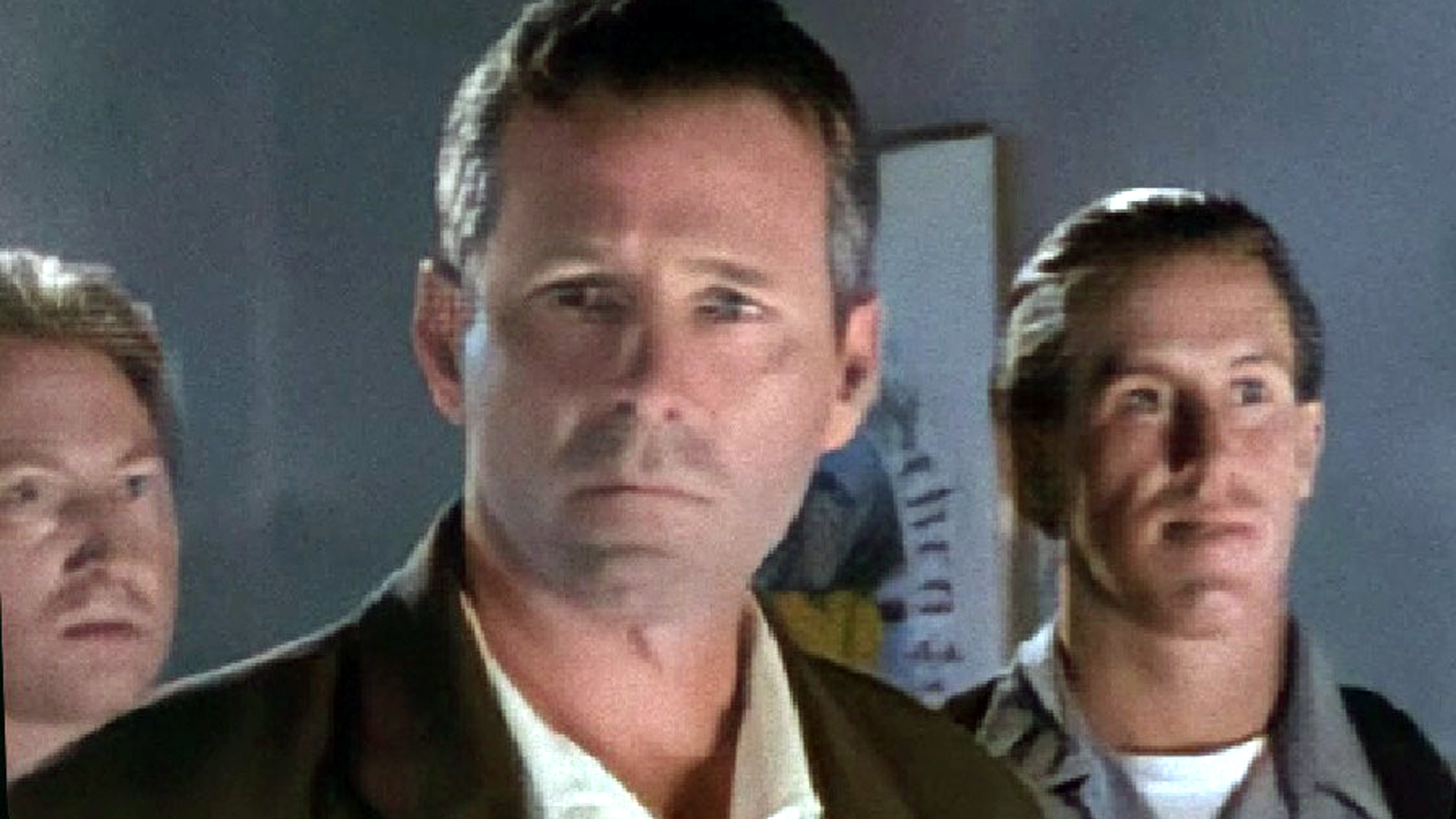 We still haven’t got Half-Life 3, but this Summer will see the release of a long-lost Atari Jaguar CD-ROM FMV game called American Hero instead, because. The game has been completely restored by publisher Ziggurat Interactive, with additional voiceover work by fantastically named star Timothy Bottoms. I swear we’re not making any of this up.

The Atari Jaguar was released in 1993 as Atari’s unsuccessful attempt to stay in the console-making business, with the most notable game on the system being the original version of Rebellion’s Alien Vs Predator – which has not been re-released. The Jaguar’s CD-ROM add-on was even more obscure, arriving just after the worldwide launch of the original PlayStation – boasting a total of 11 games, including Myst, Dragon’s Lair, and an exclusive Highlander game.

American Hero is described as “a satire of over-the-top 80’s action films which has itself aged into a caricature of 90’s cinema”, which is another way to say that Ziggurat Interactive know full well that the game’s so bad it’s hilarious – and people will want to play it for that fact alone.